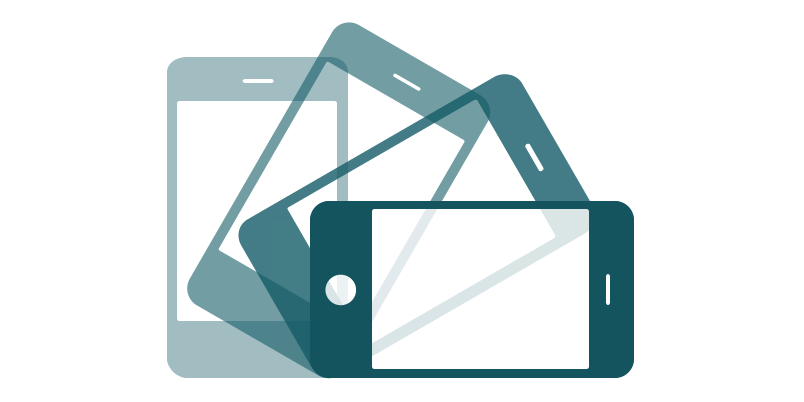 Many applications have their User Interface (UI) designed to contain a lot of elements. To have these applications change their orientation (i.e. from portrait to landscape), it would mean that users will have a bad UI experience and also a lot of scrolling to deal with. A typical example of that case is games.

In these cases, app creators make a decision to visualize this information either vertically or horizontally, not both. Instead they prefer to “lock” orientation to one mode and optimize for it.

How to perform the configuration

There is no exposed API from React Native to achieve that (although there is one from ExpoKit), so in order to achieve our goal we can either configure it directly on the native apps or use third party packages that have been built to help with this purpose, like react-native-orientation.

This article is going to demonstrate how to perform the configuration in the native projects by ourselves; I’m a fan of discovering things in the native realm and delve deeper into them. And in this case it’s really easy and fast to configure it! Let’s see how to achieve this config, for both major platforms:

For Android platform all we need to do is navigate to AndroidManifest.xml file that lies inside android/app/src/main path and add the property android:screenOrientation with a value or portrait or landscape respectively. The property has to be added in xml element activity which is a child of application element.

Simply add it as shown below:

That’s it! Rebuild your project and your are good to go!

For iOS platform we need to open Xcode, and select the desired orientation modes from the Device Orientation section. As shown below:
1. Load the iOS part of your React Native project
2. Navigate to tab General from the horizontal menu
3. Go to down to Deployment Info section and check/uncheck the desired device orientation modes.

And you are set! Rebuild your project to verify that the changes are configured. And of course don’t forget to commit the code changes that were produced from this configuration setup:

Hi there, I’m Tasos; a software engineer that loves working with React, Gatsby, React Native & Node. I’m the Founder of Coded Lines where among other things we create user engaging mobile apps that help companies drive growth to their brands.

Mobile App Usability Testing: What You Need to Know
November 29, 2020

How to Build a Mobile App and How Much Does it Cost?
September 6, 2020

6 Reasons Why Your eCommerce Business Needs a Mobile App
April 28, 2020